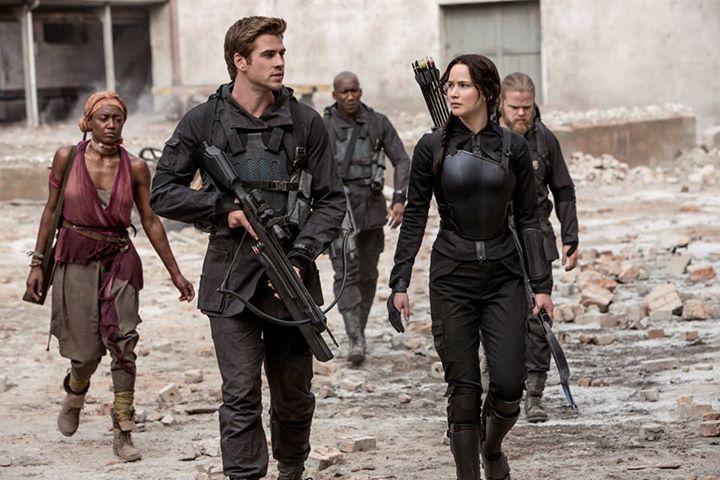 I had a quick trace back through previous journals to see what I rated the other three entries of the Hunger Games series, to see how they stacked up against each other. I rated Catching Fire, the second film in the series the highest, at a B+. I liked that they raised the stakes of the first film, and made the original story expand into greater territory, much like the Harry Potter series would go on to do. Suddenly, the decision was made to split the last book, Mockingjay, into two separate parts. Harry Potter did it, and did it rather well. But that’s Harry Potter, which probably unto forever, will be heralded as a cultural treasure.

Where else has the novel-to-two-film formula really paid off? We have to try and forget the three films in the The Hobbit trilogy, and people might have already forgotten which part of Breaking Dawn they hated more. With respect to The Hunger Games, they committed one-hundred percent to maintaining the look of the dystopian world of Panem, and as far as I remember, the story does find endings for all of it’s characters. But if we are to look at the series as a sum of it’s parts, I can’t help but feel so disappointed by what was meant to be the climax of the series, after having such a strong start.

Now, I don’t mean that in a way to suggest that I had an issue with the ending itself, but Mockingjay Part 2 just didn’t actually feel like The Hunger Games. It felt like a slasher film, and treated the characters like a slasher film would. The film moved in a way to conveniently push the plot forward, with things never resolving out of character action or logic, but through absolute arbitrary coincidence. I felt like you could put any of the first three quarters of the film into any order, and it wouldn’t make any difference. There was never consequence, or momentum – just a character or two getting picked off during a CGI-heavy set piece. I understand if the underlying message of the films is to say how pointless and cyclical war is, but you can still do that without making the actual films themselves just as pointless to watch.

To this day, I haven’t ready any of The Hunger Games novels, but I’ve been told some adjustments to the story have been made to the film adaptations, which doesn’t surprise me, but makes me want to know what they are, because I have to believe that it’s better than what ended up in this film. This is the most I’ve written about any of the films this year, and it’s unfortunate that most of it’s negative, but it’s not meant to be scathing, but just an expression of my own frustration because I know that Hollywood can do better than this. I had high hopes, which sadly crumbled before my eyes, with this disjointed, messy film. Ah well – at least we still have Harry Potter.

The newest instalment of the Hunger Games brings us probably exactly what we expected, which may or not be a good thing depending on who you are. The film offers great performances, production design and ramps up the stakes, but can’t escape feeling like the film “in-between” the things we really want to see.